We offer the tools required to grow and exceed your expectations

Our team at Pacific Northwest Golf Centers believes that the game of golf is just that, a game. Games are meant to be fun and enjoyable, and we offer a comprehensive learning environment focusing on making the game of golf more enjoyable for golfers of all skill levels.

Owner/PGA Instructor/Master Club Fitter
Book Now
Jeff is a Class A PGA Golf Professional with extensive experience over 20 years teaching the game of golf to golfers of all levels.  Jeff was the Head Professional at TPC Snoqualmie Ridge and has worked at Sand Point Country Club in Seattle and Bear Creek Country Club in Woodinville.  An accomplished player, Jeff most recently held a handicap of +2, the course record at Lynnwood Golf Course and several tournament victories. A 2004 graduate of The University of Washington with a degree in History and Visual Communications, Jeff was also a member of the Husky Football team. Away from golf, Jeff loves spending time with his wife Marika, daughter Madison and son Brayden. Jeff is an avid Seattle sports fan and can be found rooting on the Huskies, Seahawks, Sounders, and Mariners.

PGA Director of Instruction / Master Club Fitter & Builder
Book Now
Tanner is Class A PGA Golf Professional that graduated from University of Idaho in 2013 with a Bachelor of Science in PGA Golf Management and Marketing. He works well with students of all ages and skill levels as his philosophy accounts for individual attributes and swing identity while improving the fundamentals of the swing. Tanner has worked with numerous junior golfers throughout the years, helping them improve and achieve their goals of succeeding in tournaments, playing golf in college, and beyond. Tanner played competitive junior golf while growing up in Oregon and continues to pursue the competitive side of Professional golf. Aside from golf, Tanner enjoys spending time with his wife, Renee, and is an avid snowboarder and mountain biker. Contact Tanner at [email protected].

With his degree in Physics and career in physiology, as both a strength coach and PT, Peter can assist you in maximizing your potential using Trackman to improve both your scores and longevity in the game of golf. He has a long history in and around the game that extends from his competitive junior days in North Carolina to his accomplishments as an amateur in Southern California (US Open Pub Links, LA City Amateur). Peter’s love of golf was encouraged by his father, an avid golfer, former golf course designer, whom also caddied for Sam Snead. When not golfing, he enjoys spending time with his family, and can also be heard playing drums at various venues and churches around WA.

PGA Associate / Junior Golf Development
Book Now
A recent graduate from Central Washington University with a degree in Business Administration, Kyle has been playing competitively since he was a junior, and played collegiately for 2 years at Gray's Harbor College. Kyle has continued to play competitively in local amateur tournaments for the past couple years, but his real passion is in teaching the game. Kyle has worked for the First Tee of Greater Seattle for the past 6 years and loves working with junior golfers of all ages and skill levels to help them reach their goals. Aside from golf, Kyle enjoys hiking and the outdoors and rooting on all Seattle sports teams.

Gavin is Class A PGA Golf Professional that graduated from University of Idaho in 2016 with a Bachelor of Science in PGA Golf Management and Marketing. He works well with students of all ages and skill levels. His philosophy is to work on improving the fundamentals of the swing. Gavin played golf in high school while growing up in Washington and continues to pursue the competitive side of Professional golf. Aside from golf, Gavin enjoys exotic car photography, exploring trails in his Jeep and flying his drone. 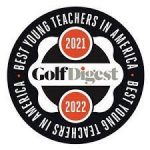 Erin is an LPGA Class A Teaching professional and has given over 16,000 golf lessons. She has been awarded as Golf Digests "Best Teacher in WA State 2017-18" and is a 5 time recipient of Northern Nevada's "Best Teaching Professional". She has coached the state's top Juniors, Tour Professionals and winners on the Golf Channel Tour. Through her LPGA and Titleist Performance Institute Training, she prescribes changes based on a Student-centered model; since factors like strength, flexibility, balance and endurance all influence the body's mechanics. Preceding PNWGC, she was the Assistant Manager of GOLFTEC Bellevue and was one of few esteemed Select Instructors.

LPGA Class A Teaching Professional
Book Now
Joanne is a Class A LPGA Teaching Professional and she attended Stanford University on a full golf scholarship and graduated in 1983 upon completing a Pre-Med curriculum with a major in Human Biology. As a collegiate player, she won the 1980 Stanford Invitational and the 1983 WCAA Conference Championship. Highlights of her amateur golf career include becoming the US Amateur Champion in 1983, Western Amateur Champion in 1984 and a member of the 1984 US Curtis Cup Team. Joanne began her professional career in 1985 when she qualified on her first attempt for the LPGA Tour. After competing for 5 years on the LPGA Tour as well as the European Tour and Japan LPGA, she retired to the Redmond area to start her family and begin her teaching and coaching career at Sahalee CC in 1991. Joanne is also a member of the Global Education Team for the LPGA helping train new coaches and teachers. Joanne has built her career as a Peak Performance Specialist in 3 distinct areas: Sports/Golf Performance, Nutrition and Wellness (as a Certified Nutritional Therapist), and Leader Development. Whether she is working with an elite junior, business team, collegiate athlete, “corporate athlete” or anyone who wants to learn, improve and enjoy the game… Joanne brings her expertise and experience as a player, coach, leader (and mom), to champion her clients to become the best version of themselves on and off the course. To schedule a lesson you can click on “Book Now” or for more information on custom coaching programs, elite junior competitive coaching (on course and tournament observation), and small group/team clinics/classes, please contact Joanne via email at [email protected] or her cell at 425-922-9259.

PT, DPT, SFMAC, TPIC
Book Now
Matt grew up in Duvall where he attended Cedarcrest High School. He did his undergraduate studies at Western Washington University where he graduated in 2004 with a BS in Exercise Science/Pre-Physical Therapy. After graduating, he spent a year gaining more experience in the field of physical therapy and became the first Aide at Redmond Physical Therapy.

Matt was accepted into physical therapy school and went on to further his education at Loma Linda University in Southern California. He received his Doctorate of Physical Therapy degree in 2008. Matt was excited to be back in the Pacific Northwest and rejoined the team at Redmond Physical Therapy. He took several students and numerous interns during his time in Redmond.

Matt had the opportunity to join the team at Lake Washington Physical Therapy in the summer of 2010 and embraced the opportunity to become a manager. As a manager, Matt oversaw LWPT's outreach programs with the local schools as well as coordinated students and interns training for the facility.

More recently Matt and his wife Kelli opened up a second branch of LWPT in Houghton. Being a business owner has given him many interesting life experiences and new responsibilities.

Matt’s passion is in outpatient orthopedics where he enjoys the diverse setting and treating a wide variety of pathologies. His focus is to provide every patient with an understanding of their specific injury as well as working with the patient to develop an exercise program and provide them with the tools necessary to meet their goals in rehabilitation. He has specialties in golf, as a level 2 TPI practitioner, allowing him to perform swing analysis, and tailor an exercise program to improve the patients swing.

When not at the clinic Matt enjoys spending time with his beautiful wife Kelli, son Lucas and daughter Audrey. Matt is also an avid fan of all Seattle sports teams and enjoys playing golf, basketball and tennis whenever he gets the chance.

PUTTING FUN BACK INTO THE GAME

At Pacific Northwest Golf Centers we believe that the game of golf is just that, a game. Games are meant to be fun and enjoyable and we offer a comprehensive learning environment focusing on making the game of golf more enjoyable for golfers of all skill levels. Whether you are brand new to the game or an aspiring Professional weoffer the tools required to grow, succeed and exceed your expectations. Reach out if you would like to have fun enjoying this beautiful game!